“It’s Terri Turtle! What are you doing here?”

“It took you long enough,” said Harry the Hippo. “We weren’t sure you were ever coming back.”

“Everything’s pretty much the same here,” said Ethel Elephant, who was standing knee deep in water, watching her baby splash about.

“I think I’ll just plop over here for a while and enjoy the view,” said Terri. “It’s been a long journey.”

“Not as long as for some,” said Harry. “There’s a new kid hanging around. And he knows all about turtles.”

“Not as much as me. I am a turtle, after all,” replied Terri.  “And I know about long journeys. I went all the way over on the other side of the lagoon to find a nice place to lay my eggs.”

“But this kid has been to the Caribbean—wherever that is— and researched sea turtles. He says they have to go wa-ay out to sea to be safe from enemies and then they come a-ll the way back to lay their eggs. Uh oh! Here he comes. You’re in for it now.  He’s been looking for someone nice and big like you, Terri. He will study you up and down and all around!”

“Research?  Study? What are you all talking about?”

“His name is Tom—shh. Here he comes! Act natural.”

“I am acting natural.” Terri lay on her large rock, still as could be.

A boy came along, walking purposefully. He wore a funny white hat and had a small pack on his back. He took off his sunglasses and looked about eagerly.

“Hi guys! Anything new today?” he asked. “Of course. There’s always something new to discover!”  He looked quite thrilled at the idea.

The animals all pretended he wasn’t there, but they watched him carefully.

“You’ll never get away from him now,” muttered Harry Hippo.

“I kind of like him.” Chester, the baby elephant, started toward the boy, hoping he’d play.

“But he’s been here for two days. Is he still a stranger, Mama?”

“He’s not going to play with you. He’s going to examine you.”

“Hey!” the boy laughed, as Chester splashed around and squirted him with his trunk. “Hi there.”

But he went back to checking out Terri.  He got down on his knees, took out a notebook and pencil and phone.  “Nope, no service.”  And he stuck the phone back into his backpack.  He started making notes with his pencil in the green notebook.

“Wow, I haven’t seen a turtle as big as you around here. You’re not as big as the sea turtles down at the coast, but you’re cool.” The boy sprawled on the ground and watched Terri, who blinked.  What was this boy up to?

“How much do you weigh anyway—maybe a couple of pounds—or three?” Then he took a tape measure out of his bag.

“You don’t mind, do you? I’ll just be real quick—hey, almost a foot—well, eight inches. You must be a freshwater turtle. Where were you anyway?  Laying eggs? Wish I could see them.”

“Hey, you leave my eggs alone,” grumbled Terri, though she knew he couldn’t understand.

“I wouldn’t hurt them any,” the boy told her. “Just wondering what they look like. You get a lot of babies, huh.  I heard  that some of you lay about a hundred—is that you or just really big turtles?”

The boy was writing as fast as he could. Terri wished she could see what he was writing about her. He looked at her frankly. “I wish my phone would work so I could look up more stuff about you. This is a cool place, though.” 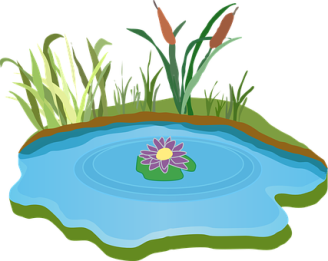 “Who is this kid, anyway?” Terri had to smile.  She was beginning to like him.

“The parents are archeologists, or something.  I don’t know, ” said Harry.

“Anthropologists,” corrected Ethel.  “They’re visiting the missionaries that live over in the village . Something about ancient languages and cultures and all.  I think they make movies and write books about God. But this kid likes animals best.”

The boy was still writing a mile a minute. What she was doing that was so exiting, Terri had no idea. She was just laying here relaxing in the sun, after her journey back and forth across the lagoon.

“Oh no! Here comes that other creature!” exclaimed Larry Lizard.

The animal appeared out of nowhere, racing straight for them!  He leaped upon the boy—who didn’t seem to care.

“Hey, Rusty! Hey, cool it, huh?” the boy laughed as the creature licked his face. “Will you be quiet—I’m studying this turtle. She’ll run away like that lizard did.”

“No fear of that,” laughed the hippo.

“If she gets into the water, I’ll bet she swims fast.”

The creature paid no attention, but yapped and yapped at Terri, who withdrew her head. She knew that whatever it was, it couldn’t hurt her, what with her hard shell and all.

“What is it, anyway,” she asked in a muffled voice.

“A dog, apparently. But come on back out. The boy won’t let it hurt you. And here comes the  little girl—”

Terri put her head back out—in time to see a blond haired child come racing up. The dog reacted just as excitedly,y but she seemed used to it too. “Come on Rusty! Come explore with me. Tom come play with me!”’

“This is so cool, Chrissy. It’s an East African Black Mud Turtle….shell is dull brown in color….” He was muttering as he wrote in his book. “Most are black but some are mud colored….”

“But I like her shell— has some nice  markings. And she’s a side necked turtle! When she  withdrew her head just then—she did it sideways instead of straight in!”

Chrissy bent down to see it all.

Terri felt good at that.

Chrissy was interested, but not for long. Soon she was off, exploring other things.

“God made you so-oo cool,” the boy told Terri.

“This kid’s favorite verse in the Bible is Genesis 1: 25, ‘God made the beasts of the earth…and everything that creeps on the earth…And God saw that it was good,’ ” said Larry, who had emerged from his hiding place now that the dog was gone. “That’s what he said yesterday, at least. He said the Bible is The Answer Book.”

“The Bible talks about turtles?”

“Well, I guess it does mention turtles. But I think he was talking about all of life. The Bible gives the answers to how it all began—and how it’s all going to end—and everything in between. How to live life.”

“Wow!” Terri liked the boy. She moved slowly off the rock and he followed. She wanted to burrow in the mud. That was always fun.  Plus she needed to regulate her body temperature.

Terri looked over to where the boy was gazing at a small tortoise.  It was Patty Pancake!

“Nah. I figured you’d be back and I wanted to come say hi.  How many eggs for you—ten, twelve?”

“I just had the one, as usual. What’s going on here, anyway?”

The boy had a microscope out and was eagerly examining Patty’s shell.

Suddenly the little girl—and that crazy wild dog–came running towards them. Patty panicked.

“Because God made us and I guess the boy likes to see and learn everything about us.”

“He says,” said Harry Hippo, “that there’s so many different kinds of turtles, that he couldn’t research them all in a lifetime. He thinks God is really GREAT.”  Harry gave a big yawn and settled down into the water of the lagoon.

Then came the boy’s voice, and both he and the little girl squatted down, staring.

“This is a real African Pancake Tortoise.  A tortoise lives on dry land and doesn’t spend time in the water. Don’t know what she’s doing over here—should be over on that rocky hillside, maybe. They like thorn scrub and grassland. They eat dry grass and vegetation while this African Black Mud Turtle eats vegetation and fish.”

“See, the shell is more flexible than other shells!”  The boy was beside himself with excitement. “It’s lighter. And flat. That’s where the name comes from. It’s good in one way and not so good in another. Other shells are more solid. This kind of shell doesn’t protect the tortoise as much.  Predators can get right through the shell—but God made this tortoise a lot faster than most. She takes off instead of withdrawing her head. And with the more flexible shell, she can get into little nooks and crannies in the rocks. I wonder if she’d be still long enough for me to measure her!”

For once the little girl seemed to stay in one spot. “Wow….” she said, breathless. “And she’s brown, but look at those patterns of dark lines.

“It’s camouflage.  Still don’t know what she’s doing over here. Maybe we should take her back to those rocks.”

But suddenly there was a call. “Thomas, will you get away from that big turtle! It could bite. And look at you—there’s an elephant right there! You get so caught up in your research, you forget to look around you!” 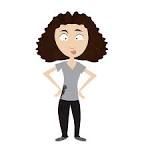 “She’s way over there, Mom.  I thought it would be all right. She’s just hanging out in the lagoon.”

“But she’s got a baby. In the wild, you never get near a mother and her baby….”

“Mommy, mommy—come see! This little one’s called a Pancake Tortoise—isn’t that funny?” Chrissy jumped up to drag her mother over.

“It is very interesting! Come on now, we’re going to some caves to do research on an ancient language. There’s writing on the walls!”

As Tom stuck his notebook in his backpack and walked off with his little sister, he said, “Chrissy, did you know that the biggest turtle in the world is like nine feet long and weighs over 2,000 pounds. And the littlest one is a tortoise—speckled—orange and black and it’s 2 to 3 inches long.  Right here on this continent—in South Africa!  And did you know that there’s one kind that is only on one little island. They aren’t any place else in the whole world—unless, of course somebody brings one out to a zoo or something. And did you know two Russian tortoises went up into space? That was in 1968—long time ago. I don’t know if Mom and Dad were even around then. But Grandma and Grandpa remember it. The tortoises went up in a probe and they got back safe and everything….”

“God made us all special,” said a zebra, who had wondered in from the grasslands to get a drink.

“You’ve got that right,” agreed a giraffe that was nibbling on some leaves nearby.

Bible verse is from the New King James Version