The young British soldier taunted the small group of colonists— but he’d be sorry!  Most of them were just boys, but they turned on the soldier who was not much older than themselves. They raced toward him, attacking  with sticks and stones.  He got off a shot in the air with his fancy British rifle, enough to keep them at bay, then took off running.

The boys went after him, more young troublemakers joining them, as they chased the soldier down the street.

The young man rounded a corner and disappeared, but the mob raced on, looking here and there, checking allies and shops. They stopped only when a dozen full grown British soldiers blocked their way and leveled their weapons at them.

In spite of the boys’ bravado, looking down the barrel of a British rifle, to say nothing of the pointed bayonets, suddenly didn’t seem smart.  The group backed off and turned, shouting insults back over their shoulders. They were disappointed at not capturing their man. Tom didn’t know what they would have done to him if they caught him. But they would have had some fun, that was for sure.

A good many of the gang, dropped off into taverns along the roadside. Tom and his friends ran on through town, most being hailed by their mothers as they passed their  houses. The boys scowled, but headed into their yards to chop wood or milk the cow.

“Tommy-boy!  What was going on down there?” An old shopkeeper with grey hair and bright laughing eyes, came out on the step, broom in hand.

Tom liked the old man but wished he wouldn’t call him that. The three other boys still running along beside him, laughed.

“Looked like quite a mob to me. Don’t be getting on the wrong side of the Lobsterbacks. They look pretty funny, all dressed up like peacocks, but they’re dangerous. And they can be nasty to us townspeople. We don’t need our shops closed up and goods confiscated.”

“Young man, I know better than you how dangerous these people can be. We are at war! We have more important things to think about than a foolish song.”

But the boys raced on.

“Don’t worry about the shopkeepers,” Tom’s friend told him. “We can get back at those Redcoats if they try anything. They’ll never know who it was. Gotta go.”  He turned off at his house.

Tom’s aunt was standing outside his door, looking up and down the street, most likely for him. She caught sight of him and frantically motioned Tom in. He sighed, disgusted.  It was time for chores, most likely.

His aunt ushered him inside with a stern look. “Thomas, I do hope you were not involved in that rumpus. Just because we’re at war does not give us all the right to turn into beasts ourselves.  They are men doing their jobs and while I have no doubt we’ll win this conflict, this flinging of mud and sticks and stone— and worse— is just not– civilized.”

Tom grabbed up the buckets to head for the well, just to get away from her. She was not only his aunt, but the town schoolteacher,  what with so many men off to war. Plus she lived with him and his mother.

“Put the buckets down. We must speak with you.”

Now what? She couldn’t know he’d been in the thick of it all… But as he turned to his mother, sitting in her usual spot near the window because of her lameness, he realized that something was wrong.

For one thing, she wasn’t working feverishly on her sewing or knitting.  He took one look at her face and knew.

“Nate! Is it something about Nate?”

His heart seemed to have stood still for a moment. Now he relaxed.  “He’s not dead, then?”

“We don’t know. We just got word.  He and a small band of soldiers were ambushed.  The others are accounted for. But no one can find Nate.”

“Well what are they going to do about it?”

“Move on! They’re just leaving him?”

His mother spoke calmly, as always.  “They had no choice. There was no sign of him. They checked the farmhouses and areas round about. They had to go. They had their orders.”

Her steady gaze stopped him from bursting in indignantly. “Uncle Josiah is not far away from where he was last seen. He’s looking into it.” She took a deep breath and glanced up at Aunt Abigail. “We want you to go help him.”

“Me?” He tried to hide a grin. Get away from Aunt Abigail? Go on a rescue mission! By himself?

“Yes,” she said. “Help Uncle Josiah in any way you can. Neither of us can go. I can’t and your aunt has her job, of course.”

Aunt Abigail jumped in as usual. “Thomas, this is a very important task.  This is a family matter of crucial importance.  You must settle down to business and see what you can do to help Uncle Josiah find him.  Even if it’s just chores so that he can set his mind on this and not have to think about household things. Your harem scarem ways will just not do in this crisis.”

Why must she always go on and on so?

But his mother gazed at him again, in that way she had that always seemed to say, I know you’re better than this. I know you can be a responsible son and do this….

But all she said aloud was, “Here is money for your ticket and food. And a message for Uncle Josiah.  You’ll meet him at noon tomorrow at the station.  Pack a few things now. Your stage leaves in thirty minutes.”

He sobered a little at her trust in him. And he straightened his shoulders and stalked out at Aunt Abigial’s look, which clearly said–sending this boy on a man’s job—ridiculous.

“He’s only eleven,” he heard her mutter to his mother.  “He may think he’s older and he’s arrogant and cocky enough to look older—but he’s not suited for this. At all.”

Tom moved on to his tiny room to gather his things, warmed inside at his mother’s words. He knew he didn’t deserve them. He knew she knew of his escapades and mischief. Yet, she was sending him on this mission.

He threw a change of clothes into a small satchel, and made sure he had more important things like his pocket knife and sling shot. He tucked the money into another pocket, and picked up his drum. He’d take it along, too.

He knew every signal; he’d hoped to go with Nate as a drummer boy. But Aunt Abigail had put her foot down on that, and even Mother had said, “not this time. Not yet. You’re too young.” He’d only been ten at the time.

He’d taken out his anger on any British soldier or Tory around town, especially the school boys. But nothing could change his mother’s mind about him joining the army.

But now—he grinned again. He’d find Nate.  He wouldn’t bother much with old Uncle Josiah—who was actually his great uncle. He must be so old by now, he needed a wheeled chair, even if he was something important in the government of the town he lived in.

Tom headed out, trying to stay at the door to say his goodbyes, keeping the drum out of sight behind him.

But sharp-eyed Aunt Abigail saw it.

“Why are you taking that drum!”

“I may need it,” he said defensively.

“You are not joining the army. You are going to help Uncle Josiah find your brother. You obey him, boy, and no nonsense! And speak to him with respect. He won’t stand any of your insolence.”

Tom stalked past her to his mother, whom he kissed on the cheek. She smiled and held his hands for a moment. “Godspeed, Tom. Send us word.”

In the middle of town there was another altercation going on. Sure enough, it was the same young British soldier. Normally, Tom would have run to join the fun, but he remembered he had a job to do and a stage to catch.  And suddenly their silly games seemed very childish.

Apparently someone else thought so, too. Suddenly a British captain stood before the young man, his very presence scattering the rabble.

“You—are a British soldier. Get back to camp! And expect extra duties! And if I see you involved in any more of this—foolery, I’ll see to it that the consequences are much more serious than a few extra hours on watch!” 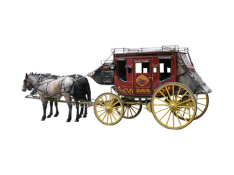 But instead of laughing at the misfortune of his enemy, as he might have done before, Tom suddenly realized how serious this war was. He climbed up into the stage, wondering what could have happened to his brother—and if he was even still alive.

Dandy: A British man who very much cared about his physical appearance and who often  tried to imitate rich noblemen

Doodle: from a word that means fool or not smart

Tory: British people in America who didn’t believe in the cause of fighting for freedom. They believed that King George should be obeyed.

The song Yankee Doodle  has many versions. but for the most part was used in colonial times by the British to insult and make fun of Americans (Yankees). They felt Yankee men were rude, didn’t dress well, and were common farmers and woodsmen, not noble or rich.  The song meant that Americans thought they could be important and fashionable just by sticking a feather in their caps. Later, the colonists changed the words and used the song to make fun of the British, and eventually it became a national patriotic song that is just fun to sing.