If it had to happen, there couldn’t have been a better place.

The flagship was stuck good and fast. But as help was coming from the Nina, many sailors from the Santa Maria were rowing away-much to the admiral’s disgust.

Come morning, Christmas morning actually, they found that the flagship could not be salvaged. And it was the natives on the nearby island who were the real heroes. They welcomed the admiral and the bedraggled crew, worked nonstop to bring all that could be saved ashore, and even guarded it with care. 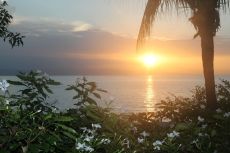 The admiral later said that not one thing had been stolen or damaged by their new friends.

And better still, the admiral discovered that there was gold on this island!

Finally, their dream had come true!

Charles ran his hands through the sack of gold. Most of it included small pieces of jewelry, nose rings, necklaces and such, as well as smooth nuggets and various shaped pieces.  He had traded much of it for trinkets. He knew that the gold was worth much more than what he had to offer. The natives seemed very happy with their purchases, though, so he didn’t worry about it. Another, smaller bag was filled with dust and small pieces. He had worked hard for these. The natives had been helpful, assisting him because he was young–at least that’s what Peter told him.

“They just watched us adults, and laughed a bit at our helplessness,” his friend grinned. “Then they took pity on us, too.”

All the sailors had acquired some gold, but none were really satisfied. They had not found the mine that they were sure it had come from.

“Or maybe there’s an underground palace somewhere from ancient times,” said one, gleefully. “I can’t believe they’ve worked for all this, and made all this jewelry they wear.”

“Why not?” asked another. “They’re hard workers. They could have been doing it for a long time.”

The man ignored him. “And that mask of the chief’s—I’d love to have that. It’s got to be worth a fortune. We need to get all we can, while we’re here. This can’t be all there is.”

But Charles and his friends thought differently.

“We have enough,” said Laurence. “I have gold to keep my family for some time to come. That’s all I want. By then my boys will be old enough to learn a trade.”

Charles realized that he had enough, as well. The passion for gold that had filled his mind at the beginning of his journey had changed in the light of his love for Jesus—and the reality of the hardships they’d suffered. He’d realized that life wasn’t all about money. There were other important things—like knowing God and companionship.

Unfortunately the four friends seemed to be the only ones that felt that way, the admiral included.  The fever for more riches seemed to be infecting them all, and they longed to find temples of gold, and not have to work so hard to get it.

Even the admiral said that was ridiculous, but he did try hard to discover the location of the natives’ mine.

But they were heading home. No more traveling on, for they had only the Nina now. They needed to get back to Spain and report, and get ready for another try.  Columbus was sure that there was much more to discover both in lands and riches.

They would be back, and Charles was determined to come along. He liked his training as assistant navigator, and he must see Uncle Samuel again.

But there was much to do before that time.

“I don’t like this though,” said Laurence as he leaned on the railing, gazing back at the island—and the people on shore who had been so generous to them.

Sandy frowned at his friend. “Why must you always look at the bad side. It’s a good idea.”

“But why a fort? Why not just a settlement. And why show how powerful we are by bringing that cannon up. We’re supposed to be friends. We shouldn’t be showing off and trying to impress them.”

Charles rather agreed with that.  Besides, it had taken a good many of them to lug the huge weapon up from the Santa Maria. They’d used a good deal of the lumber from the broken down ship to build the small fort, too. It had been named San Navidad since the wreck had all happened in the wee hours of Christmas morning.

“He’s certainly found no shortage of men to stay.  They just want to be close to where  the gold is.”

“Hmm. Forty men. And most of them not at all interested in these people’s spiritual well being. In fact, they’re not the least bit concerned about their own relationship with God.”

“Well,” the priest conceded. “That is true.  I certainly wouldn’t trust the lot of them.”

“I can see all kinds of ways that this could go wrong.  And I know for a fact that some of them are lazy, It could be so easy with a few guns and that cannon to make these natives do all the work.”

Charles expected Sandy’s standard reply, you worry too much, friend.  But this time it did not come. Instead the priest walked away with a rather worried look on his face.

“Come on, let’s get this to a safe place,” said Peter.

He helped Charles carry his bags to the Admiral’s cabin. Several other sailors kept their stash of gold there as well, carefully marked and locked up in trunks. 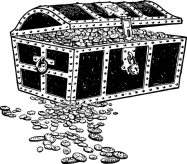 A guard was stationed at the door at all times.

As they turned the Nina out to sea, unfortunately everything would start to go downhill from there. The only good thing that happened was….

A  whoop from the yardarm!

“Who’s she?” asked Peter, then he saw for himself.

They had all given them up for lost long ago—or else they assumed the crew was back in Spain by now.

“Well, well, well, I wonder how the admiral will take this,” said the priest.

They all watched as the ship moved closer. The admiral watched the Pinta’s progress with a stern look on his face. Soon the Pinta’s rowboat was lowered, and Captain Pinzon and several others came aboard.

Sometime later, Charles listened in as the navigator talked to his friend. The captain of the Pinta had just departed for his ship.

“Columbus was pretty cold to him at first. But—he’s chosen to forgive. I got it from the cabin boy, himself!”

“We need each other. One ship out here by itself is just no good. Did they find any gold?”

The friend shrugged.  “Some, I think.”

Charles turned away, for they saw he was listening.  Sometimes the admiral surprised them all. So he’d chosen to forgive and forget this time.

But they didn’t know what was going on inside the man. It all would come out soon enough—pride, greed, and a passion for the grand reception he hoped to receive when they arrived home.

“He seems to have forgotten God,” the priest told them one day, “and the humility that always seems to bring God’s blessing upon him.”

Charles wasn’t sure what Sandy meant by that, but they were interrupted.

“Get over here and help us,” cried a shipmate to anyone in hearing. “Don’t you feel that wind? A storm’s brewing and it looks like a bad one!”

Charles looked in horror at the sky. He hadn’t noticed the dark and furious clouds. Lightening suddenly flashed, and the storm struck harder and faster than anyone would have imagined.

The storm lasted for days and in the midst of it, the Pinta was gone again, though they surmised it wasn’t on purpose this time.

Even Sandy was beginning to say what many others were whispering.

“It’s God’s judgment!  Why doesn’t it stop?  We’re doing everything we can! The Admiral’s making all kinds of vows, but God isn’t answering!”

“What are we to do?” this as the furious waves continued to rock them back and forth, and lightening flashed.

The four friends humbly knelt to pray together. God was with them, they were sure—but how much longer would He let this go on?

Historians tell us that Christopher Columbus loved God and wanted to spread the gospel.  However he was often proud, unforgiving, and sometimes forgot his true goals when gold and fame tempted him. During the last part of his first voyage, this seems to be what happened to him. Some say God caused two dangerous storms to bring Columbus back to a place of humility and prayer.  Unfortunately, Columbus missed God’s plan by promising to go on pilgrimages and walk barefoot to a shrine–rather than simply asking forgiveness and obeying.