Yes, I know Christmas is over.

Yes, I see on my calendar that it’s the middle of January. But what better time to hear about all the great things that occurred because we chose to GIVE in celebration of Jesus’ birth.

Operation Christmas Child has been around for a long time. Over eleven million shoeboxes with presents for kids went out to a hundred different countries this year. That’s a lot of shoeboxes.  Maybe you packed a box yourself. 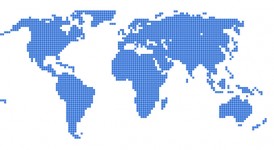 And every kid that received one has a story.  Every kid that opened a shoebox is loved by God—and now he or she knows they have a friend somewhere who cared to send them a Christmas gift.

One such girl is named Erika. She’s twelve years old and she needed shoes desperately. Her mother felt so discouraged that she couldn’t afford new shoes for her daughter. When the Christmas boxes arrived in Peru, there was one for Erika.  A girl named Jasmine in California had packed her special box. Erika found socks, towels, notebooks and other things but best of all, she found a pair of tennis shoes!

What are the odds that of all the millions of boxes, that shoebox would go to that girl?  Some would say, “wow, that was really lucky, wasn’t it?  But there is no luck where God is concerned.  He planned that box especially for Erika.

I heard many years ago about a boy who was blind. In his shoebox there was the perfect gift for him.  It was a little tape recorder (back then we called it a Walkman) with earphones. Of course there were also tapes for him to listen to. God gave someone the idea and they picked out just the right gift.

Don’t forget to pray for the kids that received shoeboxes—that they’ll read or that somebody will read to them the booklet about Jesus that goes in each box—in their special language. Pray that God will meet their needs, for food and clothes and whatever else is necessary right now. And most of all that they will learn to know Jesus as their Savior.

And don’t forget to keep on giving all year long. 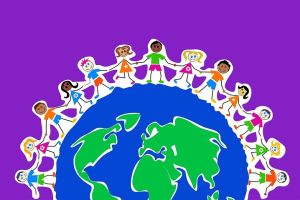 This information from: Samaritans Purse (Sponsors of Operation Christmas Child) and Franklin Graham’s book Living Beyond the Limits.